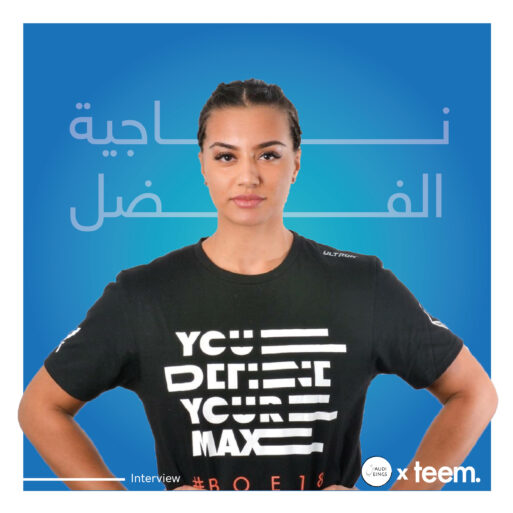 My journey in fitness started after graduating from high school in Saudi. I planned to study abroad but my dad didn’t approve, so I decided to take a semester off to come up with plan B. I suffered from severe anxiety and depression. I tend to bottle my struggles and figure things out on my own until I reach a breaking point. I needed to become emotionally & mentally healthy, so I started training with Hala Alhamrani, at Flag-boxing.

Slowly, it became addictive. I was training 8 times a week, sometimes more. At first I didn’t enjoy it, but I learned to love it, and it became natural. Of course my stress and anxiety tried to take over my training, but I reached a point where my mind working with my body and vice versa, and I was in control. That was the moment I knew I loved it. This helped me love myself and deal with stress in a way I wasn’t able to before.

A few months into training, I got my first certification in Calisthenics level-1 and began coaching. I’ve been coaching for almost 4-5 years now, and I love it! I went on to get my level-2 in Calisthenics, and a level 1 in Cross-fit. In 2018, I started competing, and four months after, I qualified for my first competition, ‘Battle of the East’ in Kuwait. I was one of two females representing Saudi, and I made it to the finals, which felt amazing!

My main goal is for people to know that their abilities can take them a long way. I have so much love and passion for this field, I want to share it with my community. There’s a lot of support and emphasis on heath and fitness now, and I would love to play a part in that. I would also love to grow competition scene in Saudi. Seeing women compete in fitness is a huge goal of mine.